St Aloysius students and staff are allocated to one of four houses named after significant Catholic role models connected with our school. All family members are assigned to the same house. Activities organised in house groups include peer support activities (PBL, Be You and Making Jesus Real), liturgies, tabloids and sporting competitions. Our school houses are: Chisholm (green), Corcoran (blue), Ignatius (yellow) and McAuley (red).

Named after the Venerable Catherine McAuley, an Irish nun, who our Red House is named after and who founded the Sisters of Mercy in 1831. We commemorate her achievements on 11 November, the day she passed.

30 May is the Green House day, the day we celebrate the birthday of Caroline Chisholm. Caroline assisted young girls who were starving, unemployed and ready prey for the unscrupulous during the early years of Sydney colony from around 1841-1844.

19 Feburary is the day we celebrate Corcoran Day. Patrick Thomas Corcoran was born in Ireland and ordained to the priesthood in 1870. He arrived in East Maitland in 1871. Before the close of that year he was appointed Priest-in-Charge of East Maitland, which at that time included Morpeth. In 1875, Bishop Murray separated Morpeth from East Maitland thereby creating, in the terminology of those times, Morpeth Mission and placed Fr Corcoran in charge. In Fr Corcoran’s time at Morpeth the old presbytery, the convent and the Church of the Immaculate Conception were all built. Fr Corcoran cared for Morpeth Parish until his death on 21 February 1929.

31 July is the Feast Day of Saint Ignatius Loyola, who our Gold House is named after. Saint Ignatius was a Spanish priest and theologian who founded the religious order called the Society of Jesus, also known as the Jesuits. Our school’s patron, St Aloysius, was a Jesuit priest. 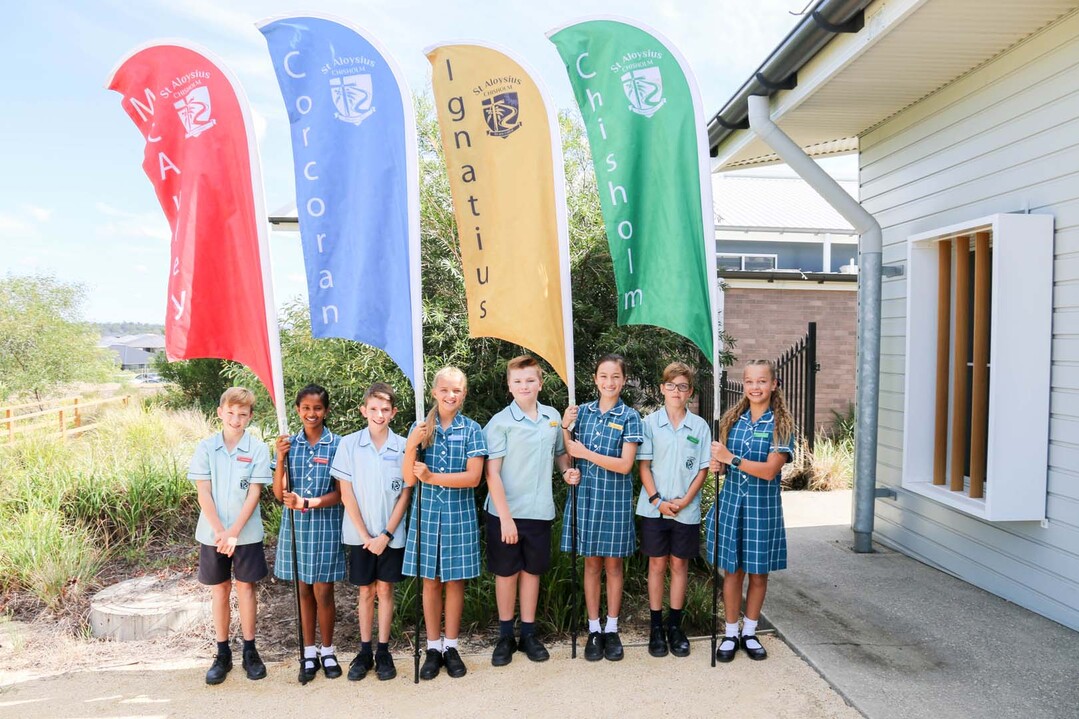